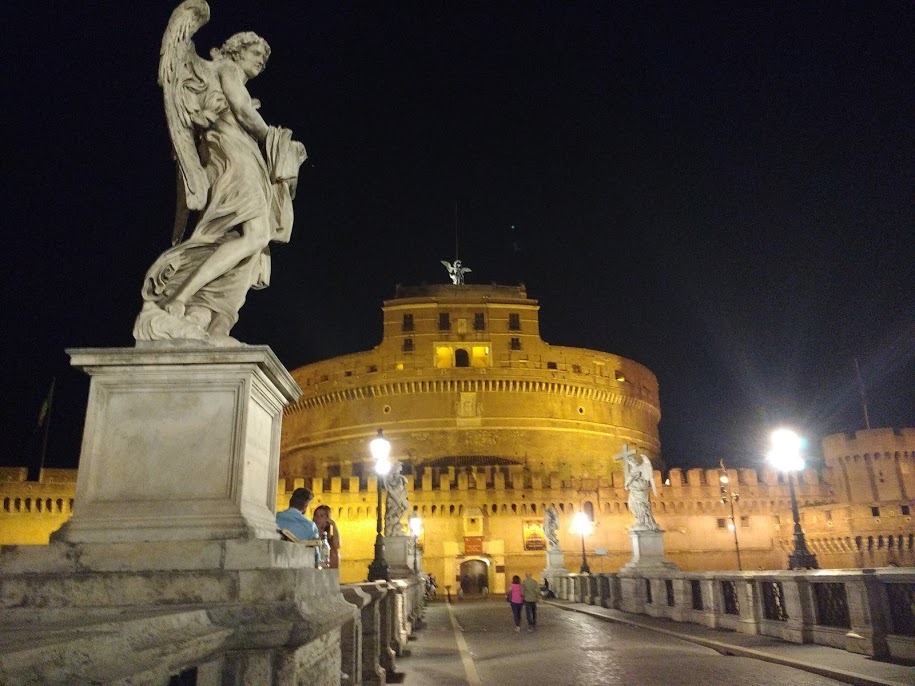 The first-ever international flight I took was from Kathmandu to Frankfurt back in 2010. From 2013 I started taking a vacation to other European countries with Kritan and also made the travel back home with him. But deep inside my heart I had a fear of making a journey alone, and was always dependent on someone else especially Kritan.
In 2015 I moved to Rostock to work in a Biotech company and I shared an apartment with other colleagues from the same company. I had an amazing time during my stay there and was able to make good friends. It was during those days in the summer of 2016, one evening my other flatmate from China and I were expecting our new flatmate. It was already late at night when a fair and pretty girl entered the door with her big suitcase and we greeted each other, and came to know that she was from Vilnius the capital city of beautiful east European country Lithuania. We were three of us in the dining area introducing each other. They both were Medical doctors and I was a Biologist. We used to spend time with each other during the weekends, sometimes we cooked together and chatted for hours and hours long. I still have a fresh memory of taking a walk during the orange sunset view along the harbor by the river Warnow close to the house. We were sharing the stories of our culture, favorite music, traditional food, about our lives. I can say that it was the best summer I have had in my life.
It was one of those fine evenings when we were watching the movies and also shared how we all have a common passion for traveling, food and life. We were watching a movie which had a scene of a place Tuscany in Italy, At that time I had an urge to take a vacation and wanted to travel. During that time Kritan was in the middle of finishing his PhD project and was overloaded with his work duties. I thought that was the time I had to come out of my comfort zone and I then decided to travel to Italy by myself. I had a colleague in a different department who was from Italy. So I texted her if she had any idea about the place Tuscany. She told me that she had her relative who offers the room in Airbnb but in Rome. Instantly I took a two weeks vacation from work, booked the Airbnb apartment, booked the flight which was immediately after two days. I flew from Berlin to the Fiumicino airport and followed the route to the Airbnb apartment near Vatican City. The plane landed at around 8 -9 Pm and I took the train to reach the apartment. It was night and dark, and mistakenly I stopped at the station before the one I was supposed to. I found out that I had to reach the next stop. I tried not to panic and asked people about the other transportation possibility to reach my destination. I could only find people who did not speak English but finally managed to reach my place just before mid-night after changing two more buses.
The next nine days I spent was among the best days of my life till now. It was in July and it was really hot. I used to wake up early in the morning, go to the coffee bar to have my breakfast and see the city. I walked around the city and enjoyed being lost many times. Stopping by the cafes in the neighborhood of Trastevere to have Gelato and local Tiramisu are the unforgettable moments. The feeling of getting back to the room after getting lost in the ways was incredible. The majestic churches, castle and monuments in Rome make anyone want to visit the place again and again. Just like there are small temples all over Kathmandu, I felt the same holy feeling during my stay in Rome. I would still want to visit all those places again which made me feel I was surrounded by the angels everywhere.
After that solo trip, I had that feeling of satisfaction and accomplishment of facing my fear and living freely. We all have some fear which we try to ignore but whenever it is possible to face them, let us do it courageously. As there is a quote which states “Each of us must confront our fears, must come face to face with them. How we handle our fears will determine where we go with the rest of our lives. To experience adventure or to be limited by the fear of it”.– Judy Blume

I have shared my experience of traveling to Paris in this link: